We all know about the trade war between the USA and China, and this trade war forced the big US-based tech companies to look for other alternatives for their products’ assembly.

Here, Apple is one of the companies that have endeavored to avoid all barriers and taken another step, and finally took a step that it has already started. And as a result, Apple has begun the production of the iPhone 11 in India.

Though earlier, Apple started the production of some older models in India but, here in most cases were intended for sale in the country only, in an obvious analysis of Apple.

But, now, according to the reports, Apple will have changed the production of another of its iPhone models, and this time it is none other than the iPhone 11, as its production was transferred by Apple from China to India.

Production country of iPhone 11 was changed

According to what is revealed, Foxconn will have started the production of the iPhone 11 in Chennai, in India. Apparently, this is still a limited production, but it could soon be increased. Moreover, initially, the units produced here will be offered for sale in the country, India only.

While Piyush Goyal, the Indian minister of commerce and industry has confirmed this news and admired the strengthening relation between Apple and India.

Significant boost to Make in India!

Apple has started manufacturing iPhone 11 in India, bringing a top-of-the-line model for the first time in the country.https://t.co/yjmKYeFCpL

Apart from the effect of the trade war, this move or shift of Apple from China to India is not recent; since 2017, the tech giant Apple started its own conversations to have alternatives production assembly units in other countries.

Foxconn led this recent move, and it’s the firm that has a license from Apple to produce iPhone and Apple products. In reality, this is a significant shift, which disengages Apple from all the trade war and tensions that are currently going between the US and China.

Now, after shifting its assembly unit from China to India, we are eager to know that whether the production of the next iPhone models will be made in this country or China; let’s see, as we have the only way to know the exact news, is ‘wait.’ 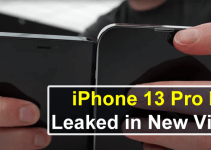