In 2016, the price of the iPhone started at $649, and three years later, the tech giant Apple’s flagship lookup, the iPhone, cost 54% more. Actually, here the case is even more dramatic on the Mac Mini when Apple launched its new model, guess what? The price increased by 60%, isn’t it insane!

What makes Apple products so expensive? We all know that over the years, the tech giant Apple has built an excellent reputation for the quality and industrial design of its products. And this reputation has really given a boost to Apple to earn millions of dollars and loyal customers as well.

Basically, the brand integrity simply converts, into a “bonus” that can be earned by customers who are resistant to leave the ecosystem of the tech giant Apple. Moreover, in the case of Apple and its products, the premium is also known as “Apple’s tax,” or paying more, because it’s an Apple product. It may seem a bit odd, but it’s 100% true.

As for example, the 256GB MacBook Air costs $1,299, but you can get a more powerful Windows laptop for about $100 less than this price tag. The tech giant Apple’s high prices reached the meme level when it announced its Mac Pro in June 2019.

Yes, here the applause turned to gasps when John Ternus, of course, the Vice President, Hardware Engineer at Apple, introduced a $1,000 monitor stand simply to complement the $5,000 Mac Pro display. Yes, I know it’s really insane and a bit annoying as well.

We all know very well that $6,000 for a professional-grade monitor of this quality is comparable to what the competition has, but the fact is that it didn’t matter. Hence, the support of a $1,000 monitor stand has become somewhat unacceptable. But, still, there are many users who like to buy Apple products, and that’s why first we will know the reason behind it, that why The tech giant Apple is a symbolic company which is founded by Steve Jobs and Steve Wozniak, if we talk about the sales of the devices of Apple, then let me clarify that people simply love to buy Apple products like hotcakes.

However, now many of you might be thinking that in recent years the iPhone sales have not been as expected, and brands like Huawei have already surpassed the tech giant Apple in market share. But, here, the reality is that the profits of each Apple device sold are still considerably beyond their rivals.

But, here, the main question is, why do users like to buy Apple products? Do they have a good sales and marketing team? What’s the reason?

Well, it is really true that the quality of Apple products, the design and construction are excellent, and the company has always been very careful with these kinds of details. The tech giant Apple was for many years is one of the best companies on the market, it was not only innovative but also offer secure devices with excellent design and features.

At first, there was no one who could compete against the iPhone, later the same thing happened with the iPad, and at last, comes the MacOS, which has also taken the advantage of the market over Windows. Moreover, now, if we talk about the marketing department of Apple, then let me clarify that it has an excellent marketing department that makes us want the new model of the iPhone year after year.

What Are The Problems Faced By Small Retailers During The Sale Of Apple Products? We all know very well that iPhones really offer great features like OLED displays, faster processors, excellent camera, and much more, however, apart from this, other competing products have many of the same features.

Everything suddenly changed when the tech giant Apple released the iPhone X or iPhone 10. Yes, it is not only expensive, but the difference between the BOM and the cost of retail was much higher; in short, Apple products are really overpriced.

Obviously, the tech giant Apple simply wants to make a profit, so the cost of materials has to cost less than the device. But what makes Apple make higher profits than its competitors? Instead of being a technology company, you have to think of Apple as a luxury company, in short, customers simply pay more price, because the logo is a status symbol.

Here are some key problems, that every retailer face while selling Apple products:-

However, apart from all these things, for now, the tech giant Apple’s reputation remains secure and strong. What about customers who don’t want to spend $1,000 on a new phone? Don’t worry about that, as the tech giant Apple has a plan for that, hence, it maintains the old iPhone, iPad, MacBook, and iMac models, with small discounts. But, the fact is that the tech giant Apple always keeps innovating and for this reason, they managed to keep all its customers loyal. 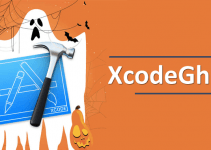